The current model of the BMW i8 has certainly impressed with its sleek looks and comfortable interior. However, the earlier limitations of electric technology mean that the car is by now slightly off the performance pace compared to its most advanced hybrid competitors, not to mention BMW's own gas-based sports models. 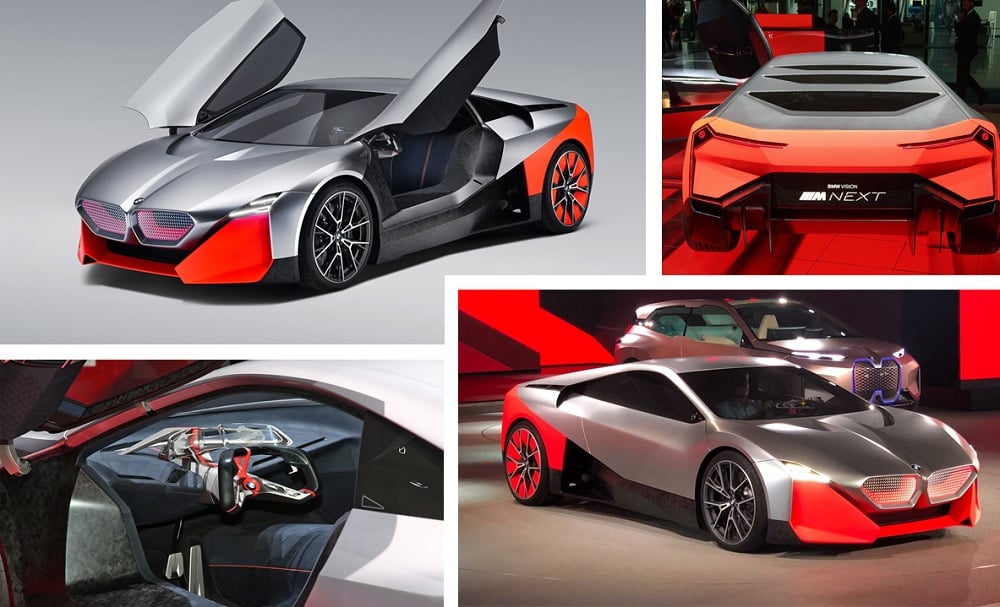 What's So Special About the i8 M Vision?

The initial impression of the BMW i8 M Concept is given by its starkly futuristic body. Ultra-low, streamlined, and sleekly sculpted, it announces its performance intentions from the start. And although the shape may be tweaked before any final release, it's clear that BMW fully intends to make a splash.

The final lineup details aren't yet available, but if the i8 M follows in the footsteps of the current release, there'll be a coupe form as standard with a soft-top convertible as an option.

Under the Hood Power and Performance

But it's in the performance arena that things get really interesting. Where the current hybrid i8 is based around a 1.5L, 3-cylinder turbo engine backed by dual electric motors, the i8 M Concept switches to a 2.0L turbocharged 4-cylinder mill, again paired with dual electric motors.

The gas engine will be responsible for rear-wheel drive power, with the electric motors providing backup and boost for the front and rear axles individually. The total power output is estimated to be 591 horsepower, but BMW may be tempted to make a few tweaks to break the symbolic 600hp barrier. Either way, the power is a vast improvement on the current i8's 369hp.

Details of the hybrid's electric performance are still unclear, but it's expected the range will hit 100km, a significant improvement on the current model's underwhelming sub-30km figures.

Part of this increased range is thought to be down to a more powerful battery, but increased use of carbon fibre in the body plays a major role too. However, the lightweight material will be backed up by some metal structural elements for strength and stability.

There's no fixed date for a production release of the i8 M Concept, although BMW is said to be working toward a release in late 2023 for the 2024 model year. Of course, plenty could change in that time, and the vehicle that finally hits the open road may be very different.

But whatever the final details, it's apparent that this car won't be the most affordable the company has ever released. If BMW follows their typical pricing levels, the Canadian market can expect to see a price of over $200k, and possibly considerably more.

There's no guarantee that this prototype concept car will ever reach the mainstream market, especially considering the current disruption of the global auto industry. But nonetheless, its captivating combination of extreme power and head-turning looks is a great indication of BMW's future hybrid direction.