As the hybrid version of the esteemed BMW 3 Series, the 330e has long been on the watch list for drivers who want to move toward lower emissions while keeping the style and performance of a BMW.

However, the newly announced 2021 330e comes with an extra, very welcome twist. In Canada, the model has been priced just low enough to qualify for a federal discount that makes this plugin hybrid even more affordable.

To qualify, the base level of an EV range must be available for less than $45k, which the 330e manages by a full $10. The same rebate is available for higher-end models of the same range which don't exceed $55k, a target the xDrive version manages to match precisely.

What's more, customers in BC have an extra bonus in the form of an added provincial credit worth $1,500 off the MSRP.

But aside from the welcome reductions in price, what can buyers of either 330e version expect?

The gasoline side of the hybrid powertrain is covered by a 2.0L turbo 4-cylinder engine producing a respectable 181 horsepower and 258lb-ft of torque. But this being a hybrid model, that modest rating isn't the end of the story.

The electric side of the hybrid configuration features an additional 113 horsepower motor, pushing the total output to 252 horsepower and 310lb-ft of torque. This is a genuinely impressive figure for a mainstream gas vehicle, never mind a hybrid design. However, when you need a quick performance uptick, the BMW XtraBoost system can push the output to a mighty 292hp for power blasts of up to ten seconds.

In the base version of the 330e, the power is passed to rear-wheel drive only, while the xDrive version is equipped with all-wheel drive. 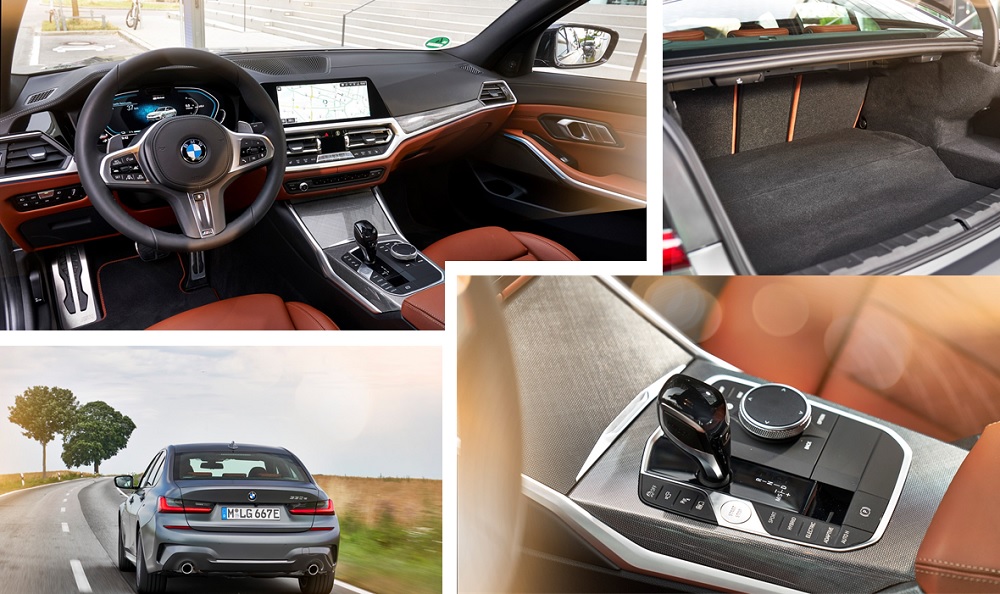 In electric-only mode, the 330e has a range of 35km, or 32km for the xDrive model. Fuel economy for the 2021 release has yet to be confirmed by Canadian authorities, but previous versions of the 330e achieved figures of 3.3L / 100km under European EV equivalent measurements. It's likely the 2021 release will see a substantial improvement.

And lastly, at speeds of up to 32km where the road noise is negligible, all models of the 2021 BMW 330e will generate a pedestrian-friendly warning noise from an exterior speaker system.

As qualifiers for the BMW EV rebate in Canada, the 2021  330e models represent great value for money. If you're looking to make the change to low-emission driving, the combination of superior hybrid performance with traditional BMW style and comfort makes the 330e a leading choice.