The BMW 2 Series has a deserved reputation for quality and performance within its executive subcompact class. Combining the famed BMW engineering quality with great looks and satisfying levels of luxury, it's a car which has a definite auto-enthusiast appeal to go alongside its premium cachet.

The 2 Series is available in both two-door coupe and two-door convertible formats, with a four-door Gran Coupe model soon to hit the showrooms. All body formats boast sleek styling that's unmistakably in the BMW sports performance tradition.

There are two basic powertrain configurations for the 2020 BMW 2 Series. The 230i and the 230i xDrive are based around a 2.0L turbo i-4 engine producing a sturdy 248 horsepower and 258lb-ft of torque.

The straight 230i features a manual six-speed transmission paired to rear-wheel drive, producing an enjoyably old-school, hands-on driving experience. If you prefer, the drivetrain can be swapped to eight-speed automatic and all-wheel drive options by moving up to the 230i xDrive trim.

Stepping up a performance level, the M240i and its xDriver variant are both equipped with an 3.0L turbo i-6 mill pushing out an impressive 335 horsepower and 369lb-ft of torque, giving this trim a significant boost in acceleration performance. BMW quote the M240i as achieving 0-100km/h in a searing 4.3 seconds.

As before, the basic M240i features a six-speed manual gearbox powering rear wheel drive, with automatic transmission and all-wheel drive available options on the xDrive version.

With a car in this performance class, fuel economy might not be a top priority for most drivers. Nonetheless, the 2 Series' figures aren't unreasonably thirsty, with the 2.0L engine achieving 11.1L / 100km in the city and 7.3L / 100km on the highway.

As expected, the larger 3.0L engine performs less well with figures of 12.7 (city) and 8.8L (highway), showing the inevitable trade-off between performance and economy. 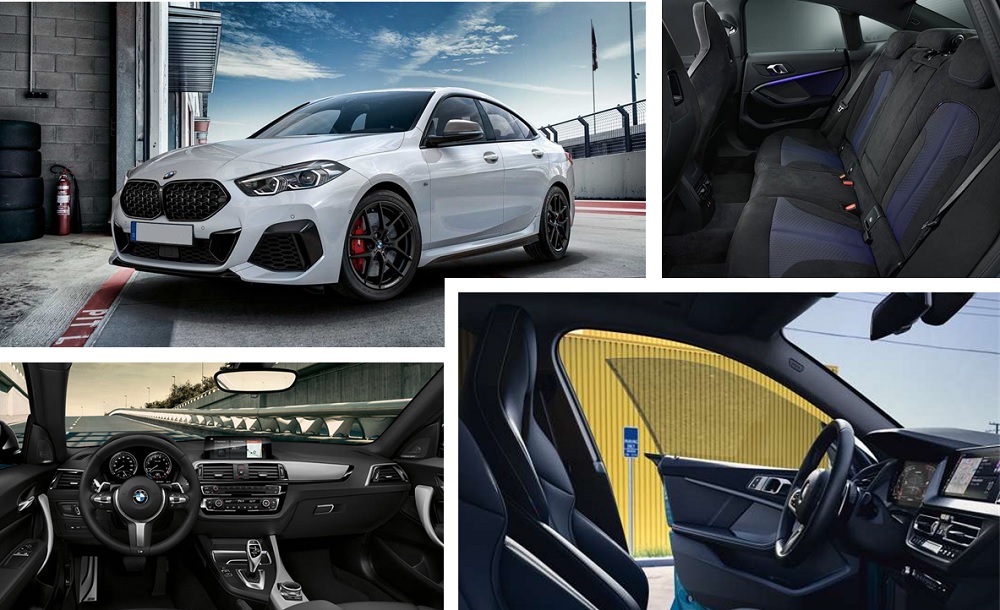 The console's design is a reflection of the sports orientation of the 2 Series. It's straightforward, relatively sparse, and easy to read rather than being packed with eye-catching but unnecessary frills.

The cabin itself offers high comfort and a reassuringly smooth ride for both driver and passengers, with the front row in particular featuring plenty of legroom.

As standard, the 2 Series is well equipped with safety and driver assistance features, including:

To experience for yourself the BMW 2 Series' combination of performance, style, and comfort, contact our Vancouver office to arrange a test drive of any model in the range.